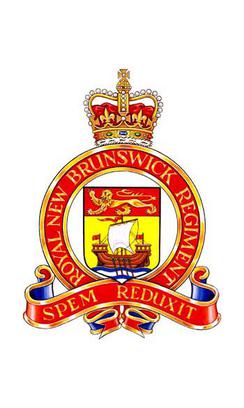 It is with broken hearts the family of William G. Nelson Knox, husband of Valerie Knox, sadly announce his passing which occurred on July 30, 2021, at the Saint John Regional Hospital.  Born in Saint John, January 7, 1965, he was the son of William G. and Barbara (Barthelot) Knox.

He served in the Canadian Army Forces with the 1st Battalion–Royal New Brunswick Regiment for 11 years.  He will be remembered as a kind and considerate person who enjoyed catching up with his friends at Downey Ford, the Country Harvest and Ritchie's.  He loved animals and cherished his pets. He enjoyed reading and had a strong interest in his genealogy.  He was very proud of his Ford F150 Lariat.

Besides, Valerie and his parents William and Barbara, he is survived by his sisters; Tina Ann Porter (Dwayne) and Mindy Lee Braydon (Wayne), his nieces: Ashley, Kelly, Megan, Mikayla and Cassie along with numerous aunts, uncles, cousins.   He was predeceased by his grandparents; William Nelson and Gladys (Adams) Knox and Philip and Helen (Power) Barthelot.

Arrangements are under the direction of Fundy Funeral Home, 230 Westmorland Road (646-2424), with visitation from 2-4 and 6-8pm on Wednesday, August 4, 2021.  The Royal Canadian Legion will hold a Tribute to a Veteran Service Wednesday at 6:00pm.  The funeral service will be held on Thursday at 1:00pm from the Fundy Chapel. Interment will follow at Greenwood Cemetery. Donations in memory of William may be made to the Canadian Cancer Society, The Last Post Fund or to the charity of the donor’s choice.

To send flowers to the family or plant a tree in memory of William G. Nelson Knox, please visit our floral store.