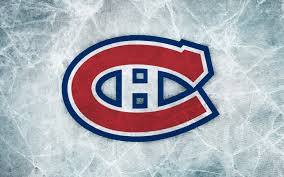 It is with great love the family announces the passing of Joseph Ronald Roger Arsenault, loving husband of Patricia Ann (Lee) Arsenault, which occurred at the Saint John Regional Hospital on Sunday, May 10, 2020. Born 1946 in Saint John, New Brunswick, he was the son of the late Leandre and Bella (Melanson) Arsenault.

Prior to retirement, Roger spent a fulfilling career with Saint John Shipbuilding Limited. He was a proud member of the Royal Canadian Legion and later became a lifetime member.
Roger was always kind hearted and was especially devoted to his family and friends. It’s safe to say that many of the boys will miss spending their Saturday Night’s with Roger watching Hockey Night in Canada, he was a die-hard fan of the Montreal Canadiens.

Along with his loving wife of 47 years Pat, Roger is remembered by his children; Jennifer (Peter) Smith, Michael (Becky) Arsenault and his #2 son, Andrew Ervine. He will also be remembered by his 3 sisters and his grandchildren: Nicholas, Calvin and Jacob.

In addition to his parents, Roger is predeceased by his brother Edward Arsenault, father in-law Glendon and mother in-law Margaret Lee.

Roger’s family would like to offer their sincere gratitude to the Emergency Room Department at the Saint John Regional Hospital for their care, compassion and support.

In honoring Roger’s wishes, there will be no formal visitation or funeral service.
A private family graveside service will held at Greenwood Cemetery at a later date.

Fundy Funeral Home, 230 Westmorland Road (646-2424) has been entrusted with the arrangements.

To send flowers to the family or plant a tree in memory of Roger Arsenault, please visit our floral store.

You can still show your support by sending flowers directly to the family, or by planting a memorial tree in the memory of Roger Arsenault