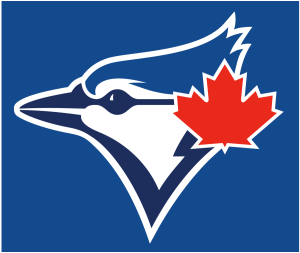 Bob was born in Moncton, NB, the eldest son of the late Harry and Bernice (Steeves) Berry.  He met and married the love of his life, Grace Lambert, while attending Gordon College in Boston, Ma.  They enjoyed 51 years of marriage before Grace passed away in 2004.  Bob leaves behind three sons, Rik (Cathy), Paul (Marla), Glen (Ida), 12 grandchildren, and 14 great-grandchildren. Bob will be missed by his siblings, Lois Collins, Dale (Shirley), Gerald (Jan), Janet, Duane (Sandy), David (Kathie), Albert; many nephews, nieces and extended family. As well as his parents and wife, Bob was pre-deceased by his son Don, brother John, sisters-in-law Joan and Arlene, and brother-in-law, Phil Collins.

Bob was a graduate of Gordon College and Seminary, Fuller School of World Missions, and Acadia Divinity College. He pastored churches in Pokiok, Grand Falls, and Ortonville NB, as well as Calvary (North Sydney, NS) and Forest Hills (Saint John) before joining the executive staff of Canadian Baptist Overseas Mission Board in Toronto, as Promotional Secretary and later as General Secretary.

Bob was the first pastor of North Burlington Baptist Church (Ontario) and in his retirement served as interim pastor at Grand Bay, Hillcrest, Germain St., Edith Avenue, Main St., and Lancaster Baptist Churches in Saint John.  When not at work in ministries that took him around the world, Bob and his sons built their cottage on the Washademoak Lake (NB), where he enjoyed 51 summers with his family, including a week this past August.

Every generation of his family was important to him and they knew it.  His life impacted countless others in Canada and throughout the world as he served in the name of his Lord and Saviour, Jesus Christ.  Well done, good and faithful servant!

Visitation will take place Thursday, September 10th, 2020 from 2-4 pm and 6-8 pm, with a memorial service on Friday, Sept. 11th at 1:00 pm, all at Grand Bay Baptist Church. For Covid-19 distancing purposes, masks will be required during the service. Live streaming will be available for those unable to attend at www.grandbaybaptist.ca.  In lieu of flowers, donations may be made to Canadian Baptist Ministries.