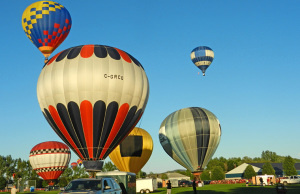 With heavy hearts, the family of Louis Clement Sharkey announces his passing, which occurred peacefully at the Saint John Regional Hospital on Wednesday, June 17, 2020. Louis was born in Saint John on June 26, 1954; a son of the late Martin John “Jack” and Fernande (Frenette) Sharkey.

In addition to his parents, Louis is predeceased by his loving wife Frances (Haynes), infant daughter Mary Miranda and infant brother Paul Sharkey.

Louis spent the early years of his career working as a carpenter and later a stager and steel fitter at the Saint John Drydock. In his later years, he enjoyed attending yard and estate sales with Frances and selling their finds at flea markets across the Maritimes. Louis firmly believed that a stranger was just a friend he hadn’t met yet; he loved making conversation with everyone he crossed paths with. Louis loved visiting his “favourite grandchildren” in Regina and keeping up with them regularly on the phone. The kids loved every minute they got to spend with Grampy.

Fundy Funeral Home, 230 Westmorland Road (646-2424) has been entrusted with the arrangements.
Mass of Christian Burial will take place for immediate family and friends at a later date (invitation only) due to the pandemic. The family apologizes for those who are unable to attend.

Bobby’s Hospice held a special place in Louis’ heart. In lieu of flowers, memorial donations to this wonderful facility would be appreciated.

To send flowers to the family or plant a tree in memory of Louis Sharkey, please visit our floral store.

You can still show your support by sending flowers directly to the family, or by planting a memorial tree in the memory of Louis Sharkey
Share a memory
© 2020 Fundy Funeral Home. All Rights Reserved. Funeral Home website by CFS & TA