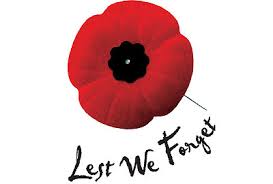 Judson Malcolm Corey, loving husband of the late Margaret (Stevens) Corey, passed away peacefully on Sunday, August 12, 2018 at Ridgewood Veterans Wing. Born in East Knowlesville, NB on April 16, 1923 he was the son of the late Ira and Nellie (Brown) Corey.

Judson was a veteran of WWII serving as a private. He worked as a Baptist Minister for over 25 years, then went back to school and became a Social Worker, retiring in 1991. He was a member of Veterans against nuclear arms, Toastmasters International, Council of Canadians and Instruments of Peace.

Resting at Fundy Funeral Home, 230 Westmorland Road, Saint John, (646-2424) with visitations on Wednesday August 15 from 2 to 4 and 6 to 8 p.m. A tribute to a Veteran service will be held at the funeral home on Wednesday evening at 7 p.m. The funeral service will be held from Fundy Funeral Home Chapel on Thursday, August 16 at 11 a.m. Interment will follow in Greenwood Cemetery. Remembrances in memory of Judson may be made to the charity of the donor’s choice.