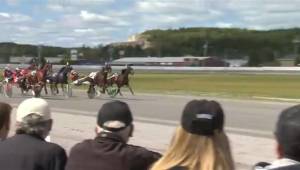 The family of James Edward O'Brien sadly announce his passing which occurred at the Saint John Regional Hospital on October 19, 2020.  Born in Saint John on January 25, 1940 he was the son of the late James Edward and Kathleen (LeGassie) O'Brien.

He was employed as a salesman with D&J Motors and with Brett's throughout his working life. He enjoyed NASCAR and was an avid harness racing fan.  He was a member in local dart leagues over the years.

He is survived by his son Dorn (Tammy) O'Brien, his daughter Elaine (Rosalind) O'Brien, his brothers; Norman and Dave (Joyce), his sisters; Bernadine Patterson, Eleanor O'Brien and Norine Mindrup (Darrel), his grandchildren; Abby and Nathan O'Brien, Hailey Barker (Brandon) and Bret MacTavish, his great-grandchildren; Ezra and Finley Barker along with several cousins, nieces and nephews.

Arrangements are under the direction of Fundy Funeral Home, 230 Westmorland Road (646-2424). Following cremation, the graveside service will take place at St. Joseph's Cemetery at 10:00 am Saturday, October 24, 2020.  Donations made to the Heart & Stroke Foundation of New Brunswick, the Canadian Kidney Foundation or to the charity of the donor’s choice.

To send flowers to the family or plant a tree in memory of James Edward O'Brien, please visit our floral store.