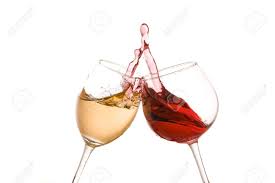 It is with profound sadness the family announce the passing of Guy Eugene Woodard after a courageous battle of ill health. He leaves behind his loving wife of 51 years Susan Woodard, his daughter Pamela (Trevor) Stevenson, the absolute loves of his life, grandsons Hunter (Cassie) and Brody Stevenson, his honorary granddaughter Tessa Craft, his sister Andrea and nephew David (Nina), along with his lifelong friend Gary Atcheson and big buddy Ron McElman.

As per Guy's request, there will not be a service but well wishers are encouraged to have a drink in his honour.

He was never one for sentiment or religiosity, but he wanted to say, as he always said to his boys, “Bon Voyage, until I see you again, we'll have a drink, it's 5 o'clock somewhere! Cheers...”

Remembrances made to the Ronald McDonald House, or the Saint John Boys and Girls Club would be deeply appreciated by the family.