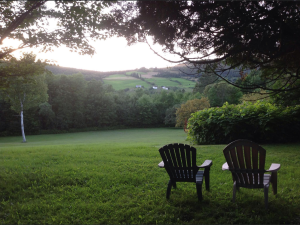 The family of G. Kevin Smith sadly announce his peaceful passing at home, surrounded by loving family, on August 3rd, 2022, after a 14-year journey living with cancer with courage and dignity.  Kevin was a much-loved husband, father, and grandfather.

Kevin was born in Saint John on July 13th, 1944, the son of the late F. Balney and Hazel K. Smith (née Bagley).  Kevin was raised in Norton, where he played many sports growing up.  Kevin graduated from Norton Consolidated School and DeVry Technical Institute in Toronto, followed by a thirty-three-year working career at NBTel.

Kevin enjoyed every day of his retirement.  He played hockey from his youth until his mid-sixties, at which time he took up seniors’ skating.  He got his first set of golf clubs at seventeen and was an original member of the Hampton Golf Club, where he was proud of his two holes-in-one.  Kevin enjoyed canoeing, kayaking, and ATVing, and made many friends in all his sports and activities.  He especially enjoyed spending time at the family cottage and being “Mr Fix-It” for his family.  Above all, Kevin loved and enjoyed his family.

In addition to his parents, Kevin was predeceased by his brother Raymond, infant brother Edward Joseph, infant grandson Connor, and brothers-in-law and sisters-in-law David and Kay Callaghan, Art McGuire, and Ann and Mel Patriquen.

In gratitude for all the support and care Kevin received during his 14-year journey, the family wishes to thank Dr Margot Burnell and the staff of the oncology department, Dr Stephen Coscadden and Kelly, Dr David Bewick and Jane Aucoin, and Dr Jessica Guimond-Hemmings and the staff of the extra mural program, especially Liana Long. The family would also like to thank Kevin’s niece, Allyson Stack, for all her help last week.

The wearing of a facial mask is encouraged during the visitation hours and Mass of Christian Burial.

In lieu of flowers, memorial donations towards Bobby’s Hospice or the Romero House would be greatly appreciated.