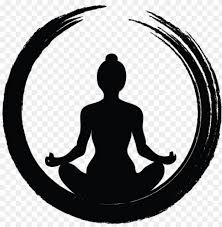 It is with heavy hearts the family of Doris G. (Toole) Tobias, loving wife of 69 years to the late Raymond Joseph Tobias, announces her passing which occurred in her sleep, in the presence of her family, on January 17, 2023, at Rocmaura Nursing Home. Born, April 20, 1929, in Saint John, NB, she was the daughter of the late Harris Roy and Doris G. (Gilbert) Toole. In addition to her parents, she was predeceased by her son Rick Tobias and brothers, Charlie, Tommy, and Harris Toole.

In her younger years she was a very talented seamstress. Doris spent her life studying and mentoring the Saint John Community in Health & Wellness. She was honored in 2019 by Amana Yoga for being a pioneer of yoga development in Saint John. She was a very successful small business owner of The Yoga Studio, introduced the community to Whole Foods from around the World and sold vitamins and supplements. Her attention to detail made her a natural gardener and her home and property brought the attention and admiration from near and far. She and her husband were a vital part of the Saint John Lebanese Community. Throughout her life she never wavered in her love of family whom she cherished beyond any imaginable measure.

Arrangements have been entrusted to Fundy Funeral Home, 230 Westmorland Road (646-2424). Following cremation, visitation will take place on Thursday, January 26, 2023, from 1-3pm followed by a Celebration of Life Service at the Fundy Chapel.  A family committal service will be held later in the Spring at St. Joseph’s Cemetery. Remembrances in memory of Doris may be made to the Rocmaura Foundation or a charity of the donor's choice. For those unable to attend the funeral, you're invited to watch the livestream at the following:  https://event.forgetmenotceremonies.com/ceremony?c=849d0b1a-2273-412c-843e-b0df046656be