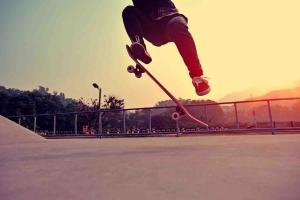 It is with profound sadness that the family of Blake William Mackenzie Ferguson announce his passing which occurred on June 18, 2020 as the result of a motor vehicle accident.  Born in Saint John, December 11, 2000, he was the son of Thomas Jeffrey Sabean and Alounda Ferguson.

Blake had several passions which included skate boarding and cars.  He had been a member of the Canadian Army Reserve.  He enjoyed sports and played football, rugby, lacrosse, soccer and ball hockey.  Above all else, his family and friends were everything to him.

He was predeceased by his uncle Bobby Ferguson.

Arrangements are the direction of Fundy Funeral Home, 230 Westmorland Road. Due to current health restrictions, a private graveside service will be held for family and close friends, by invitation only. Donations in Blake's memory may be made to the Children's Wish Foundation, the Canadian Mental Health Association NB, or to the charity of the donor’s choice.

To send flowers to the family or plant a tree in memory of Blake William Mackenzie Ferguson, please visit our floral store.

You can still show your support by sending flowers directly to the family, or by planting a memorial tree in the memory of Blake William Mackenzie Ferguson
Share a memory
© 2020 Fundy Funeral Home. All Rights Reserved. Funeral Home website by CFS & TA