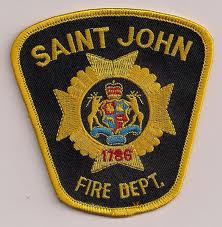 The family of William Charles O'Blenis are deeply saddened to announce his passing which occurred on December 2, 2019 at Bobby's Hospice.  Born in Saint John, July 13, 1943 he was the son of the late Clarence and Mary (Campbell) O'Blenis.

Bill was employed with the City of Saint John Fire Department retiring as District Chief after 43 years of service.  He was active with Local #771.  He enjoyed bowling, coaching hockey and fishing.  He loved going for drives with his brothers Ricky and Harry and his companion Molly.

Arrangemnts are under the care of Fundy Funeral Home, 230 Westmorland Road (646-2424).  At his request, following cremation, there will be no visitation or funeral service.  Remembrances made to the charity of the donor's choice would be appreciated.

A service summary is not available
Share a memory
© 2020 Fundy Funeral Home. All Rights Reserved. Funeral Home website by CFS